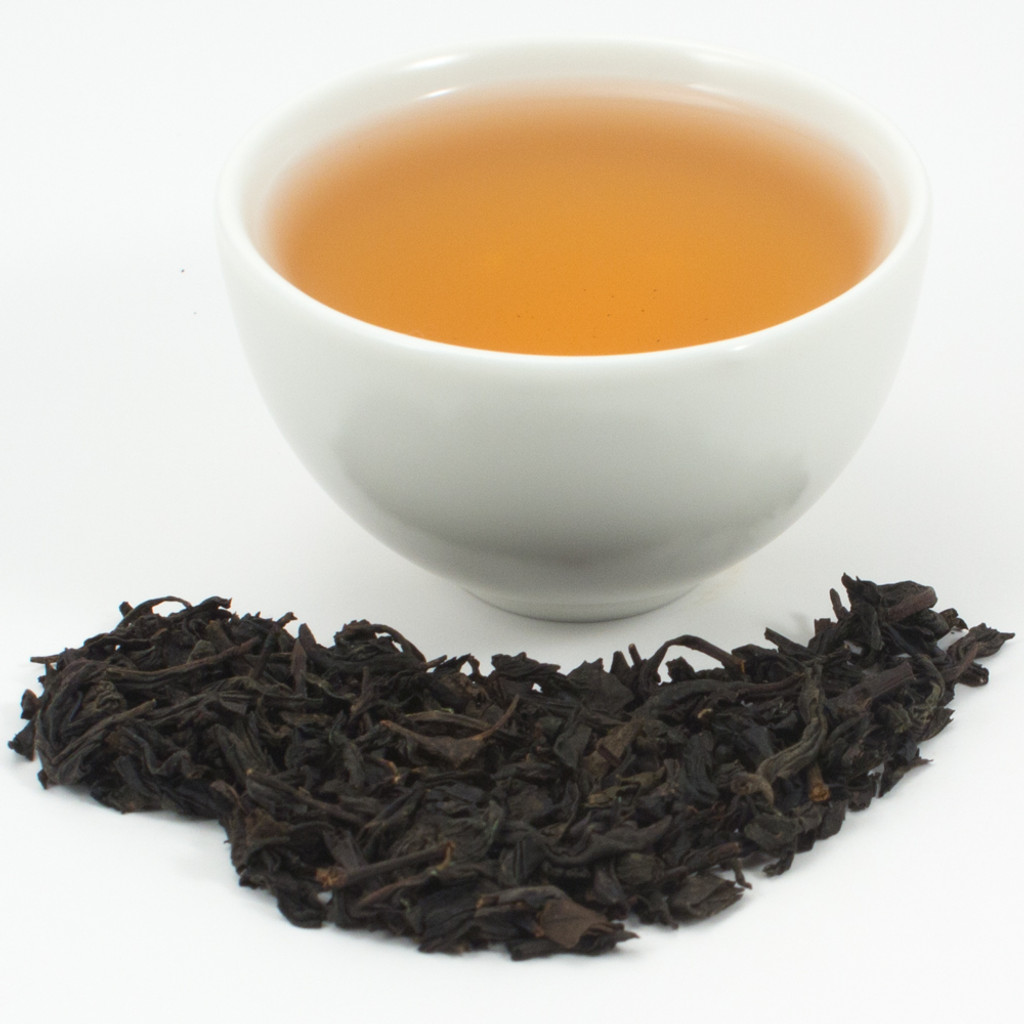 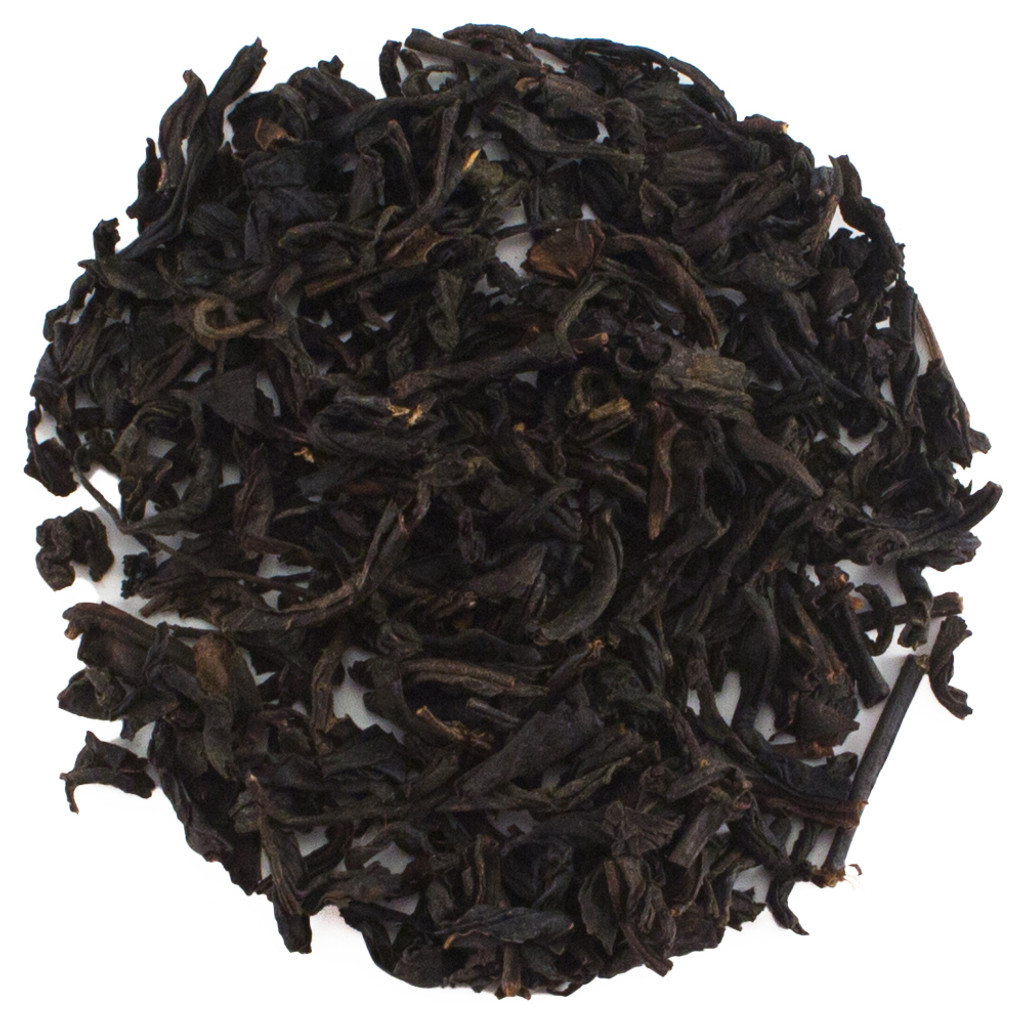 Not for weak tastebuds, Lapsang Souchong is a traditional Chinese black tea that has been dried over a pine fire. Affectionately called 'campfire tea', this selection has a balance between the smoke and tea tones that is not overwhelming.
Insider Tip: If you love the smokiness of Lapsang, try it as a rub!
Caffeine Level: High.
Learn More:
Lapsang Souchong is a black tea originally from the Wuyi region of the Chinese province in Fujian, famous for its smoky aroma and flavor. It is one of the oldest and most unique black teas. "Souchong" refers to the fourth or fifth leaves in the bud, which are more coarser than the leaves closer to the bud. The leaves are roasted in a bamboo basket called a honglong, which is heated over pinewood, contributing its characteristic bold campfire taste and scent. As such smoking the tea gives value to less sought after leaves. 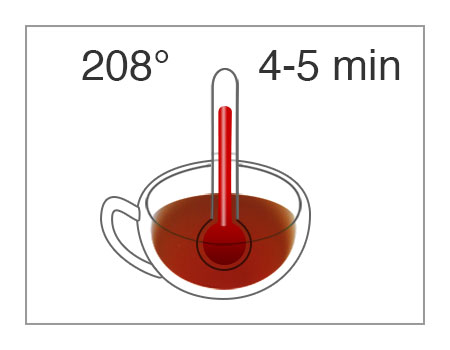 The flavor is good, but doesn&#039;t turn dark at all. Leaves are large which may require more per cup than I am used to. Good package, reseals nicely. Different from Twinings&#039; former loose leaf.

The Single Malt Scotch of Teas

A Great Addition to Any BBQ

$5.47
This tea comes to us from the Wu Yi Mountains, and is harvested only in the Spring. Carefully selected, golden-tipped leaves and buds yield a full taste that is mild and has complex undertones...

$5.00
This Chinese black tea has been scented with jasmine and rolled into large pearls that unfurl over the course of several infusions. It has a smooth maltiness along with the floral jasmine overtones...

$4.02
Aged pu-erh has a character like no other tea. The dusty rust and cocoa colored leaves encase a rich aroma and pleasant body. It also makes an Old Fashioned cocktail like no...

$3.71
Full of golden tips, Royal Yunnan has a roasty aroma and a smoky-red colored liquor. Low astringency and rich flavor make this a daily treat.   Insider Tip: We use a Yunnan in several of our...